Many of my regular readers will know I am quite patriotic but before your country comes your county and I really am a true blue – a proud dub! This morning, despite yet another loss in Croke Park for us, I am as proud as ever but also a little disillusioned. Let me explain… 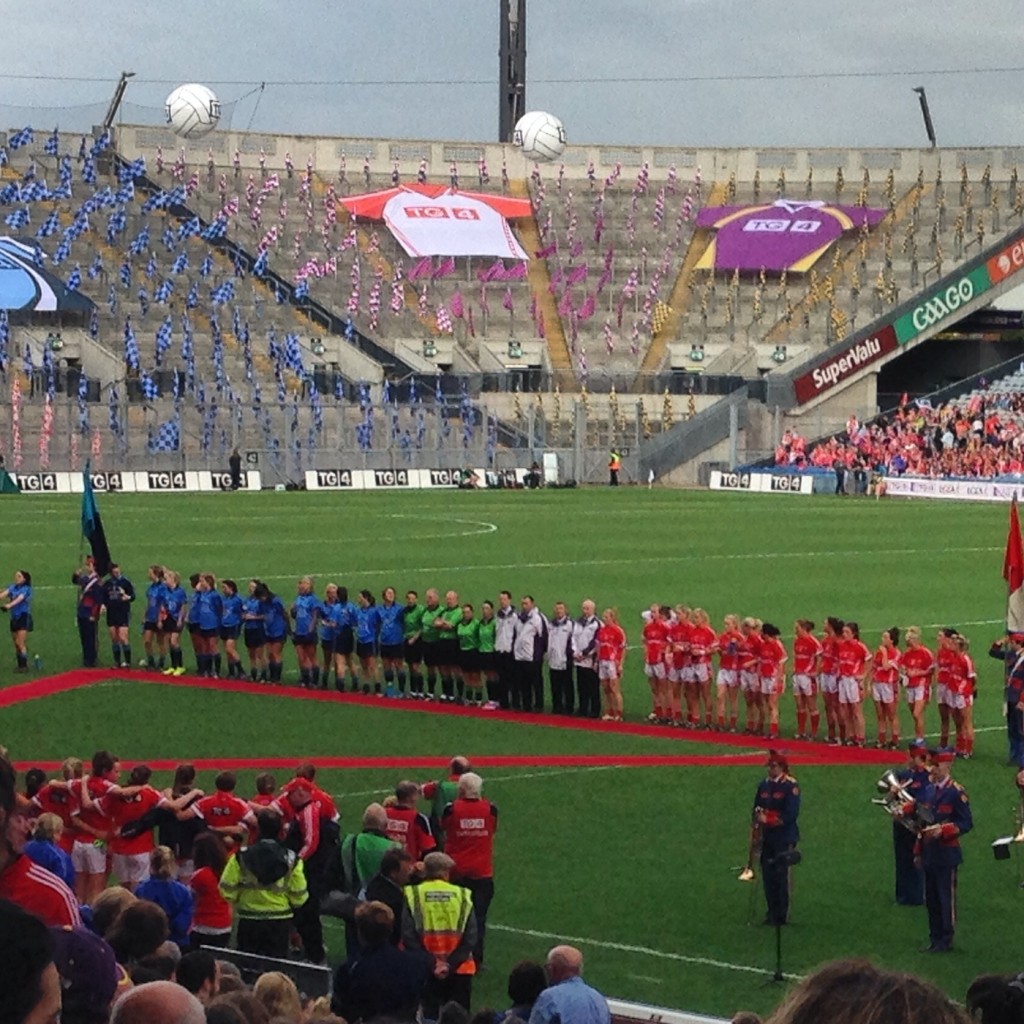 The Dublin Ladies Senior Football team played Cork yesterday in the All Ireland Final. Yes, you heard me right – the ALL IRELAND final. I was surprised so many of my friends were unaware of this and unaware that Dublin were playing. The attendance? a “record breaking” 27,374 with a further estimated 600,000 viewers tuning in to watch the game on TG4. So you can probably guess why I am feeling disillusioned. Croke park sold out twice over for the Mens Senior Hurling Final the second of which was hosted this Saturday. Yet on the Sunday prime time slot we could only drum up less than half the stadiums capacity.

As dubs we are notorious for our avid support and having HQ on our doorstep means once we enter the latter stages of the championship a sell out is likely when the Boys in Blue are involved. Why then, does this not translate to the ladies?

In my recent Plan Ireland, Because I am a Girl guest blog I first introduced my feelings publicly about the poor coverage for women in sport compared to their male counterparts. Soon after a frivolous and poorly thought out article by Niamh Horan in the Sunday Independent sent me over the edge and I engaged in a Tweeting and Facebook frenzy about women in sport and our recognition of such.

I am frustrated as I know I am not alone in my feelings but things aren’t changing quickly enough. I wonder where the blame lies and what is the root cause of the problem – is it just inequality? do people prefer the pace of the mens game? or is it the fact that the column inches dedicated to the mens game gives it a better opportunity by pushing it to the forefront of our minds? While you cannot fault the LGFA in their promotion you have to wonder why their #BeTheDifference campaign didn’t gain the traction that the Mens Senior Hurling #FillTheHill campaign achieved. Was it media buy-in?

This morning looking at the papers, while the match and the results do feature, the ladies have been overshadowed by Europe’s Rider Cup Win, Kilkenny’s Return home with Liam McCarthy and most devastatingly the fracas on the pitch during a senior club final match where Paul Galvin was attacked by a hurl wielding maniac. Yes its shocking news and yes its sensationalism at its best but come on is it really worthy of the front page over the Rebelettes amazing comeback and victory?

I could write and talk about this all day long (in fact I probably will!) but I am curious – do you agree? How do we change it? I am fully aware as I write this post that feminism is not cool but in this day and age it is clearly necessary. 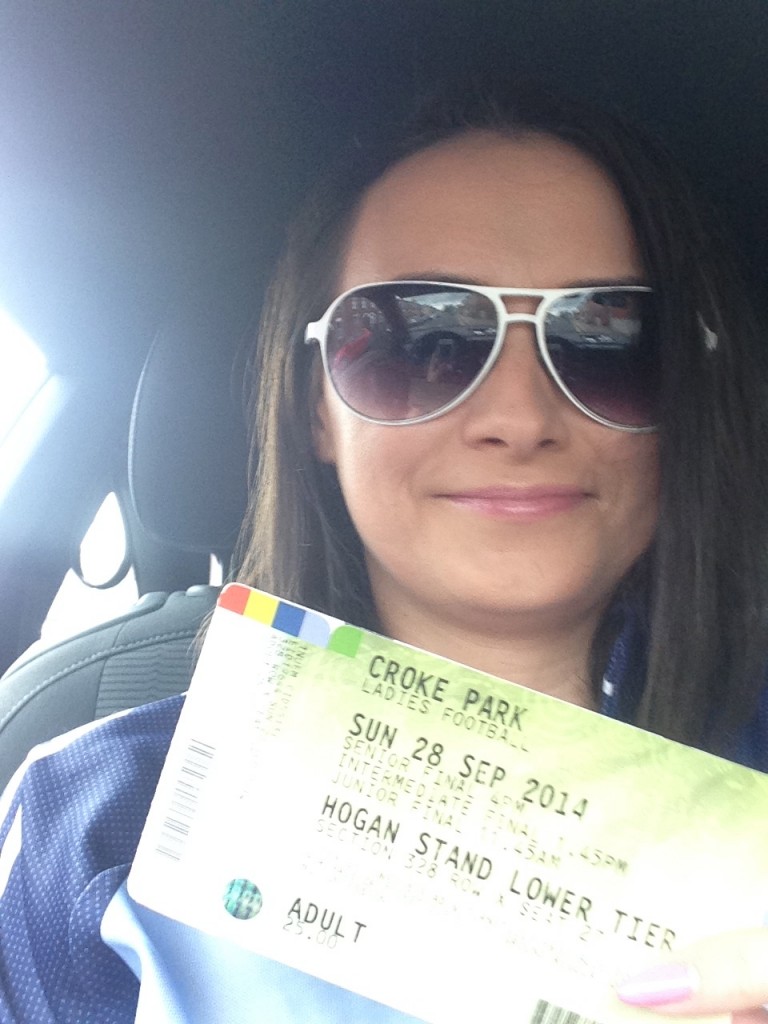 Croke Park yesterday afternoon displayed a celebration of women in sport with 6 fantastic teams competing and even a guest appearance from the Women’s Rugby Team at half time. I was seated beside a young family of Mum, Dad, daughter and son out for the day and there to support the girls in blue. As I listened to the dad explain the game to his young son, James, it struck me as very sad that while James could go on to represent his county some day to a sold out Croke Park, with potential sponsorship deals along the way the best his sister could hope for was to play for the pride of playing to a half full stadium with general anonymity during her day to day life. That hardly seems fair…?