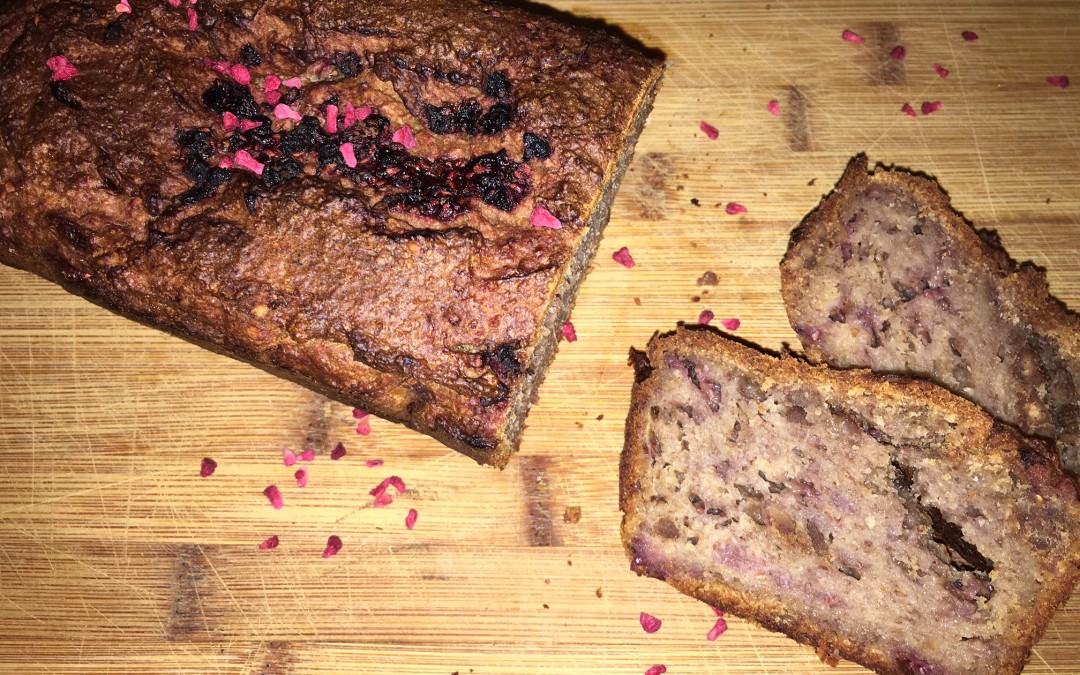 While I like to play about in the kitchen and for the most part make my own recipes, or adapt others significantly, there are two fabulous women whose food never fails to disappoint. One could not be much different to the other with the excessive opulance of Nigella Lawson and her rich ingredients next to the natural purity of Rozanna Purcell’s. While I have learned a lot from Nigella, Roz’s journey through food seems to match my own exploratory style and we seem to share lots of ingredient and idea inspiration.

I saw her beautiful Peanut Butter Raspberry Bread on Instagram last month and just knew it was worth a try. I snapchatted the process yesterday and since have been inundated with requests to post up the recipe so here goes. As ever I made a few adjustments due to taste or just what I had in stock so I will note these alongside any other comments I have added but I have left her methods exactly as they appear on her blog – Natural Born Feeder. The end product actually tasted better than I expected after my timing issues mentioned below. Its quite a moist and dense “bread” but having checked back on Roz’s end product the texture appears similar, sadly though mine is nowhere near as pretty!! You can see the more beautiful and original final version on Roz’s website here.

Ingredients:
200g oats (as usual I used gluten free oats)
4 tbsp. Peanut Butter- Roz used crunchy and so did I but she says smooth will work too.
3 large Ripe Banana (I only had smallish ones so used 4!)
3 tbsp. Coconut oil
2 tbsp. Maple/or Honey (I used honey)
½ tbsp. Baking powder
3tbsp(50 ml) Unsweetened Almond Milk (I used coconut milk which I prefer)
125g Fresh Raspberries (I had frozen ones and only about 90g so used these)

Method:
1. Preheat oven to 180°C
2. Start by processing the oats into a flour. I did this in my nutri-bullet.
3. Place flour in a medium sized mixing bowl along with the baking powder.
4. Melt the coconut oil and set to one side. I’m at times a lazy cook so I put this into a small jar and sit in a bowl of boiling water rather than get a pan out!!
5. In a separate bowl, using a fork mash the bananas really well so there are no large bits visible, stir in the peanut butter, melted coconut oil and maple/or honey until fully combined. My bananas were so ripe they broke down really easily – bonus!
6. Scrap the “peanut banana” mix into the oat flour bowl and stir until combined- the dough will be a thick and a little dry- now add in the almond milk and stir until a sticky dough texture is reached. I only used half the coconut milk because it was quite a wet batter after adding it in.
7. Stir in the fresh raspberries and spoon into a lined baking tin or a silicone tin.
8. Place in the oven and bake for 50 minutes until golden brown and hard when tapped. Here’s where I came a bit undone, the top looked beautifully golden brown but a skewer came out sticky and it wasn’t quite “hard when tapped”. An extra ten minutes turned into 15 which turned into me stressing as the top now was going darker and the skewer was STILL sticky. (This is why I rarely follow others recipes because I stress when they don’t go perfectly!!) Anyway after about 15 – 20 additional minutes I had to leave for the gym so took it out and hoped for the best!
9. Remove and let sit for 30 minutes to set before digging in! As I said I had to leave for work so when I got home at midnight it was well ready for a taste test!